Planning Matters: How a Culture of Evidence-Based Policymaking Can Enhance Health Security 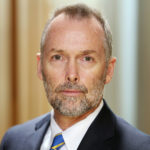 The National Health Security Preparedness Index measures the nation’s health security from a broad, multi-sectoral perspective using nearly 140 measures from more than 50 different sources. The Index tracks the nation’s progress in preparing for, responding to, and recovering from disasters, disease outbreaks and other emergencies that pose risks to health and well-being. By aggregating large volumes of data from national household surveys, medical records, safety inspection results, and surveys of health agencies and facilities, the Index produces composite measures of health security for each U.S. state and the nation as a whole. The Index reveals strengths as well as vulnerabilities in the protections needed to keep people safe and healthy in the face of emergencies, and it tracks how these protections vary across the U.S. and change over time. Here we examine one facet of health security—community planning and engagement. Specifically, we look at state-level performance in this area and the role of evidence-based policymaking in enhancing it. Our analysis reveals a statistically significant relationship between a state’s embrace of evidence-based policymaking and its performance in community planning and engagement for health security.

The Index is organized around six broad areas or domains, one of which is community planning and engagement. The role of community planning and engagement is vital to health security since it represents the extent to which there are supportive relationships among government agencies, community organizations, and individual households that are developing shared plans for responding to hazards. Relationships that connect people and organizations make communities more resilient to disasters and can accelerate recovery after events occur. This domain stood out as the nation’s weakest area of preparedness in the first Index released in 2013, but it improved by 16.3 percent as of 2016—more than any other domain monitored in the Index. If maintained over time, improvements in collaboration may help states and communities acquire new resources and expertise that strengthen other domains of health security. Accordingly, an important research and policy question is, “why do some states perform better than others in the domain of community planning and engagement?”  Understanding the underlying reasons for a state’s higher performance can suggest options for other states.

Our analysis shows that states with higher levels of evidence-based policymaking tend to perform better on the Health Security Index’s community planning and engagement domain (see Figure 1).[ii] Standing in stark contrast to the adage that “good politics beats good policy every time,” evidence-based policymaking is about government marshalling information to formulate policies that are efficient and effective, and represents “the systematic use of findings from program evaluations and outcome analyses (“evidence”) to guide government policy and funding decisions.” 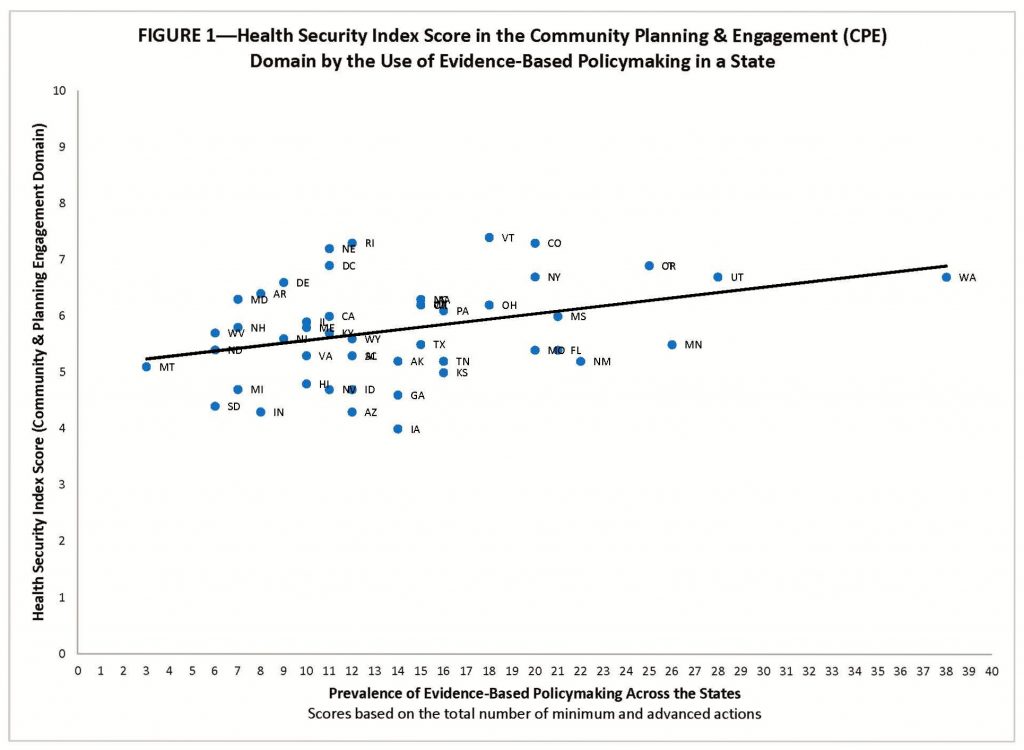 There is a statistically significant relationship between the extent to which a state demonstrates actions toward evidence-based planning and how it performs in the community planning and engagement domain in the 2017 Health Security Index.[iii]  And the relationship is robust,[iv] with the effect of evidence-based planning remaining strong while holding constant the overall wealth of a state (as measured by a state’s 2016 per capita personal income),[v] its fiscal health (as measured by the percentage of a state’s long-term financial obligations, e.g., debt, unfunded pension costs, and unfunded retiree health care costs, as a percentage of the state’s total personal income),[vi] and its experience with disasters (as measured by number of disaster declarations for state since 1953).[vii]

The slope in Figure 2 represents the estimated relationship between the prevalence of evidence‐based policymaking in a state and its Health Security Index Score in the Community & Planning Engagement Domain while holding per capita income, state fiscal health, and disaster experience constant. As a state moves along the horizontal axis—which reflects the four evidence-based planning categories (i.e., trailing, modest, established, and leading)—a state’s estimated Community Planning and Engagement Health Security Index score increases in a substantively and statistically significant way—from below the U.S. average (Trailing), to within the U.S. average (Modest & Established), to above the U.S. average (Leading). This estimate shows that a state imbued with a culture of evidence-based policymaking—residing in the upper reaches of the “established” category or fully embedded in the “leading” category—would likely score above the U.S. average in the Community Planning & Engagement Domain. 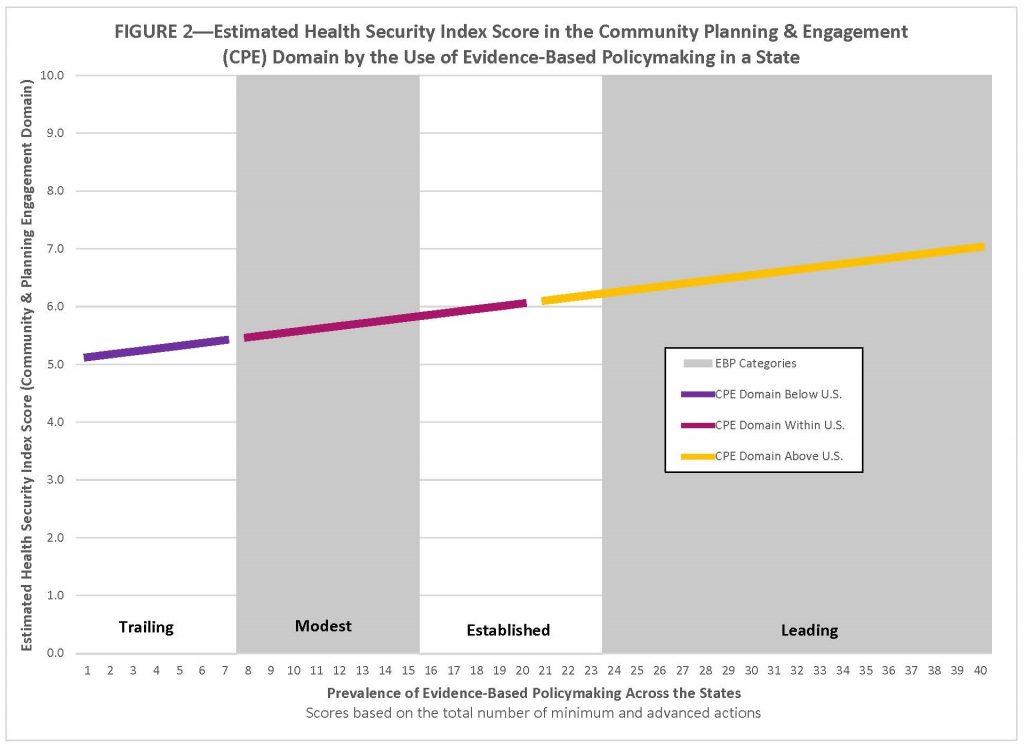 These results suggest that health security can be enhanced by creating a culture of evidence-based policymaking at the state level. The authors of How States Engage in Evidence-Based Policymaking offer some guidance on how to build support for it, such as actively championing its adoption, creating a strong data infrastructure to leverage outcome data, and ensuring there are staff members who have the necessary analytical and technical skills to implement it. There are clearly many benefits accruing to states that have a culture of evidence-based policymaking, including, but not limited to, better policy outcomes, more efficient use of government resources, and enhanced health security.

[ii] The research team awarded points to states on the basis actions taken toward evidence-based policymaking. An advanced action garnered 2 points, a minimum action 1 point, and no action zero points. An example of an advanced action within the category of “comparing program costs and benefits” is whether a state produces a report on the costs and monetized benefits of multiple related programs (2 points) while a similar report focused on non-monetized outcomes is indicative of a minimum action (1 point).

[iv] The evidence-based policy coefficient barely changes (b=0.04892, t=2.9) even after adding per capita income, strength of state finances, and experience with disasters to the equation.

[vii] FEMA data available at https://www.fema.gov/data-visualization-disaster-declarations-states-and-counties. We use the logged value, base 10.