Equal Protection? What Zika and Big Data Reveal About Health Security Preparedness Across the U.S. 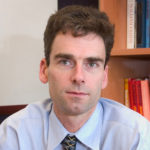 Public health officials are breathing a little easier this month after Congress passed a stop-gap spending bill on September 29 that included $1.1 billion in new federal funding for Zika response activities.  The arrival of Zika in the U.S. earlier this year exposed weaknesses in the nation’s ability to contain this emerging infection, including limited capacity to test human and insect populations for exposure, and gaps in the ability to monitor and disrupt environmental conditions that support mosquitoes capable of spreading the virus.  Fortunately, domestic transmission of the disease has been limited to date.  But important questions remain: how large and widespread are our weaknesses; how much improvement we can expect from new federal funding; and how prepared we are for the next health emergency?

The National Health Security Preparedness Index aggregates large volumes of data from more than 50 different sources to shed light on these types of questions. Data from national household surveys, medical records, safety inspection results, and surveys of state and local public health agencies are combined to produce a multi-dimensional view of preparedness.  The Index is the only tool that measures changes in health security preparedness capabilities over time, across a broad array of domains and sectors, for every U.S. state and the nation as a whole.

The latest Index results show that the U.S. has gained strength over time in several capabilities that are essential for an effective Zika response (see Figure).  Surveillance capabilities improved significantly between 2013 and 2015, by an average of 7.4%, indicating stronger ability to detect diseases and other health risks on a timely basis.  The U.S. also experienced gains in managing and distributing health protections like vaccines, gloves and masks – collectively known as countermeasures – which improved by an average 5.8%.  Unfortunately, the U.S. has lost ground in other areas that are important for containing threats like Zika, including a 4.5% decline in environmental testing and monitoring capabilities.

The Index shows that the nation has room for improvement in many aspects of preparedness. Fortunately, the new Zika funding targets several critical areas, including surveillance, countermeasures, and environmental health.

But the “big data” contained in the Index reveal a larger problem not easily solved with funding alone: inequities in health protections.  Surveillance capabilities in Mississippi are 50% lower than they are in Kentucky (see Figure).  Preparedness levels in the healthcare delivery domain are twice as high in Rhode Island than in Louisiana, and this gap has grown wider over time.  Environmental health capabilities measure three times higher in Minnesota than in Alaska.

These differences in preparedness capabilities across states create inequities in health protections across racial and socioeconomic population groups.  Index results show that African Americans are 24% more likely than whites to reside in low-preparedness regions of the U.S. that fall significantly below the national average Index score, while American Indian and Alaska Native populations are 62% more likely to reside in these low-preparedness regions.  Households that fall below the federal poverty level are 17% more likely to reside in low-preparedness states compared to their higher-income counterparts.  The Index also shows that significant progress is being made in reducing racial and socioeconomic inequities in critical preparedness areas that include incident management and the distribution of countermeasures.

The Index provides stakeholders in government and the private sector with a new tool to understand inequities in preparedness and to mobilize actions that reduce them.  Healthcare and public health leaders can use the Index results to develop equity-informed strategies for improving preparedness, including strategies for deploying the new federal funding for Zika response.  Index results can help to bring new sectors and stakeholders to the preparedness table and shift the dialogue with policymakers and the private sector toward equity-informed investments.

Equal protection is a principle worth striving for in preparedness as in other spheres of human endeavor. Not every American community will experience Zika transmission. But every community needs the ability to detect, diagnose, and manage emergencies in ways that minimize morbidity and mortality.  The Index is one tool to help us get there.

Glen P. Mays PhD, MPH is the chair and a professor in the Department of Health Systems, Management and Policy in the Colorado School of Public Health at CU Anschutz. His research examines delivery and financing systems for health services, with a focus on estimating their effects on population health and economic efficiency.

Figure: Preparedness levels since 2013 have varied widely across domains and states. 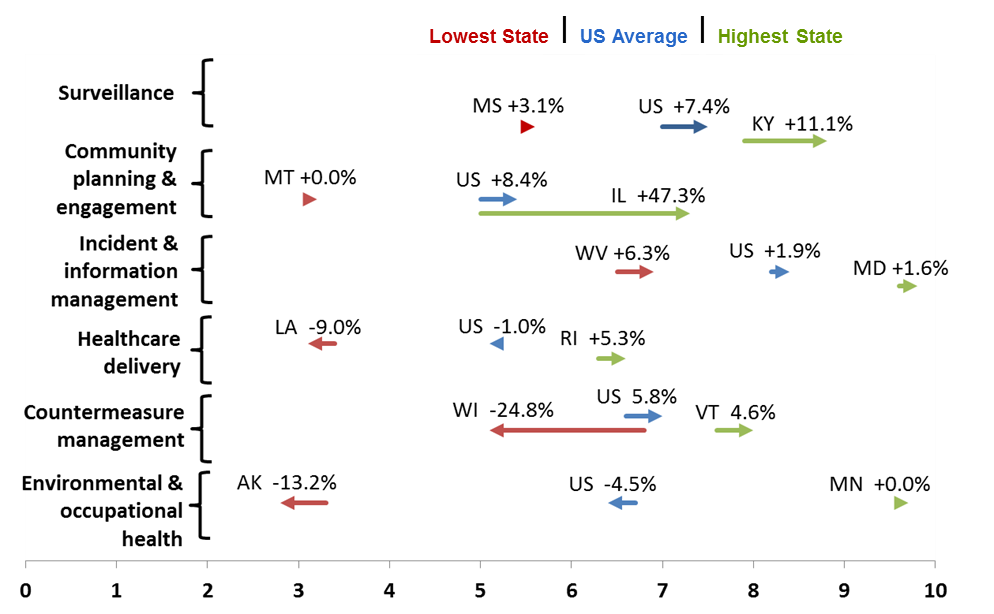